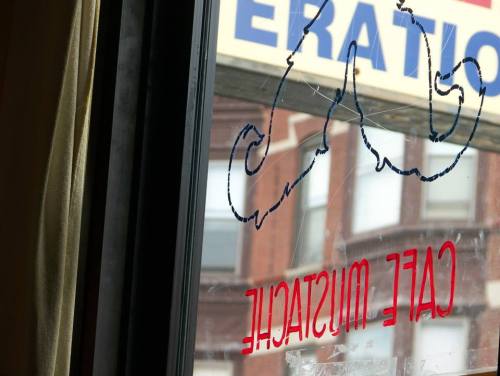 “Didn’t you write about Video Liquidators?”

I look up from my wine glass, eyes landing on a mustachioed guy I sort-of know. It’s 10 p.m. at The Gypsy Parlor, and a hip-hop show is going on.

“I was deeply moved by the article,” this mustached guy, whose name is Eugene, says.

“I feel that I am your soulmate to accompany you on your next journalistic expedition.”

Eugene wanders away and begins pumping his fists to the emcee on stage. He looks attractive.

It’s the following Saturday. Eugene and I are drinking wine in Delaware Park. It’s pouring rain.  We each have our own bottle in a brown paper bag.

“So I was thinking we could pretend to be swingers and infiltrate the Buffalo Swingers Scene,” I say. “It would be an undercover investigation.” I take a swig of my Drama Queen Pinot Grigio from Gates Circle Liquor. “I’m talking with an editor who is potentially interested in the idea.”

“Great, awesome!” Eugene raises his brown paper beverage to the rainy sky – an offering to the gods. “Yes, there’s definitely a Buffalo Swingers Scene. I’ve been to a few things.”

“Things…?” I ask. But then I decide not to ask too many questions. I kind of have a crush on Eugene. “Yeah, swingers… cool!”

“I can be your research assistant,” Eugene says.

We are steadily sipping our vino beneath the Casino in Delaware Park, wandering around aimlessly whenever the rain lets up. Eugene strokes his mustache, as rainwater patters down on his arm tattoos, making them glisten.

I slow down to a halt. Screeeeeeeeeech. I do not want to imbibe all of this wine and do stupid things that I’ll later regret. But do I ever regret anything,  I’m thinking to myself? Suddenly, Eugene’s voice breaks my meditative cloud, my foggy wine haze.

“Oh, I was just there,” I say, exasperated. Did I really just say that?  “Yeah, I mean, why not? It could be interesting…But we’ll have to sneak this wine in.”

I look at my miniscule metallic evening clutch. There’s no fitting wine in there.

“How are we going to smuggle wine into Video Liquidators?” Eugene asks, truly perplexed. Raindrops on his face look like tears.

“Why don’t we go back to my bungalow? I’ll transfer everything to my most giant purse, and we’ll be good to go.”

That’s exactly what we do. We travel the short drive in Eugene’s rugged truck.

“This is the largest bag that I own,” I’m rushing over to my shelf of bags, fetching an obnoxiously large, embroidered, boho-chic Lucky Jeans bag. I throw it on my kitchen table.

I run into my bathroom, grab some Nars lipstick in a shade called Damned, smear it on. I’m spraying myself down with strawberry, coconut oil-based mist when I hear a commotion.  I peek into my apartment, and spot Eugene standing completely naked in the middle of my kitchen.

“Is this the first time someone has decided to take off their clothes in your kitchen for no apparent reason?” he asks.

“Actually, no -” I reply. “My downstairs neighbor Kurt did the same thing last winter.”

Eugene appears hurt and looks at the ground. 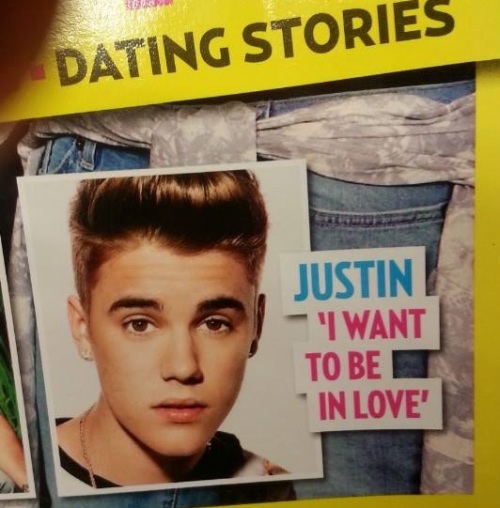 “Where’s the theater?” I shriek. “Could’ve sworn it was over here. I was only here once, after all.”

“You’re supposed to be the expert,” Eugene mutters under his breath.

“SHHH!” I turn around. Eugene is obscured by the shadows. “Let’s sit over there.”

We sneak down to a vacant aisle and collapse – drunkenly, wearily – into our seats. The wine bottles rattle and clank obnoxiously. I stifle laughter, and uncork my wine…until I look around and realize that some of these guys are staring at me. I slump down low in my seat and hide under my bag, knocking over my wine bottle in the process.

It’s a cool, crisp night on Eugene’s roof. We just picked up some wine from the bulletproof liquor store on Ontario Street. Eugene’s face is illuminated by the glow of his iPhone, as he scrolls through Casual Encounters on Craigslist.

“What kind of shit can we get into?” Eugene wonders, mustache twitching.

It never really worked out with the swingers. So I thought that Craigslist could provide journalistic inspiration.

For those not familiar with Casual Encounters – reading it is more entertaining than an entire season of The Wire (sometimes). I’m sure the majority of these folks make everything up. I know this because Eugene and I have been sending them e-mails. In the mw4mw section, a couple is “desperately seeking” another couple, for, I don’t know, whatever. It’s never clear. I don’t personally get it,  but thing is – lots of Buffalo people are posting these things up. I’m sure we pass each other on the street, maybe every day. What does it all mean?! What drives such a covert preoccupation? And who the hell is Craig?

“Well, I’ve been involved with these types of things before,” Eugene says.

“You…you have?” What kinds of things? But I decide not to ask too many questions.

I’ve been hanging out with Eugene for a couple of months now. Like I said, I have a crush on Eugene, despite the fact that he went on a drunken diatribe about “relationships being pointless” and “never wanting to be in one, ever.” The only thing he ever wants to do is snoop around the Casual Encounters section. Randomly, when I’m at work, my “research assistant”  forwards me messages/pictures from these Craigslist Creatures.

Only problem is – most of these Craigslist ads are accompanied by completely X-Rated, bad quality photos. One time I accidentally opened one at work and let out a terrified scream. My boss was like, What now? I was like, Nothing. 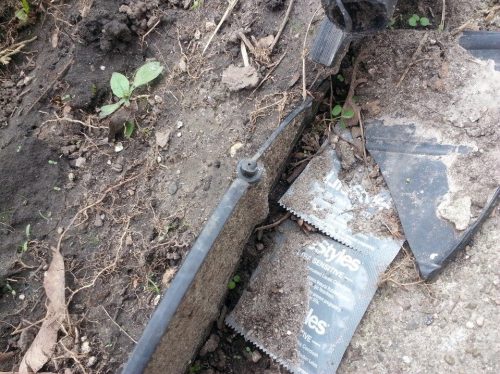