It Started With A Syringe 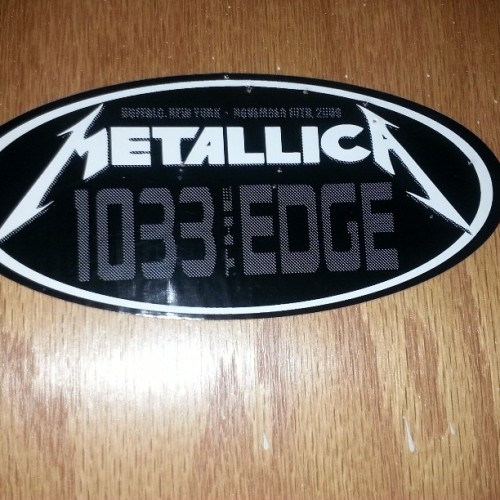 I was at work the other day and ended up having a conversation about losing your virginity. Believe it or not, I wasn’t the one who brought it up.

“I was thirteen,” my co-worker, Ginnifer with the Blue Mani, said.

“I was fifteen,” said Shelby with the Mauve Lip Liner.  “And I’ve been on birth control ever since.”

“I was…seventeen, um, eighteen,” I said. “But honestly it took me that long to hit puberty.”

We ended up trading stories about the loss of our virginities, about how, like Madonna and Britney Spears and Cyndi Lauper, we all became “touched for the very first time” and “hit one more time” and “time after time” after that.

It all started in college. When I got to my room in Alumni dorm, I unpacked my Smiths CDs, issues of Nylon and Woody Allen movies to go out and party right away. It wasn’t long before I had a crush on a hipster I saw buying photo paper and film at the bookstore.

“He had glasses and a plaid button-up shirt – unbuttoned halfway,” I gushed to my BFF/roommate Tara as we ate mysterious dining hall casseroles. “I want to know his name.”

The very next day in the dorm,  I was listening to Belle & Sebastian and writing in my diary when our landline phone rang.

“He’s in my logic class,” Tara said. “My philosophy class. The guy with the glasses.”

I shadowed Tara’s next logic class for the purpose of learning this guy’s name. He turned out to be a senior named Tommy who said many intellectual things. I was swooning.

A couple days later, I was in our dorm searching for my clove cigarettes. The phone rang at 3:00,  about the time logic got out.

“Tommy wants to know if we can find him a syringe,” Tara said.

“My brother’s diabetic, so probably. For what?”

“I’ll go to LoGrasso. Have him come to our room.”

I walked to the health center, and believe it or not, there must not have been an opiate epidemic in 2005 or something, because I was given a syringe right away, no questions asked. Sweet!  I ran back to the room, and pretended to be working on something at my computer. The door swung open. Tara entered; Tommy was behind her.

“David LaChapelle, David LaChapelle,” Tommy was saying, wearing jeans completely frayed at the bottom with a giant hole exposing one thigh, Doc Marten boots, long wool overcoat and those glasses I had a thing for.

“I really appreciate you doing this for me,” he said while snooping through my bookshelf. He picked up my Annie Hall DVD. “When are we going to get married?” Turns out, Tommy was a huge Woody Allen fan.

“I have to find a few more things for the shoot,” he said. “Want to come along? I’ll grab you guys some wine afterwards.”

“I saw The Dandy Warhols in London,” he said. We were squished in the backseat of our other friend Valerie’s broken-down Cutlass. She was the only one with a car.

We drove to Wal Mart, the only store in town, to find a “drug dealer-esqe” gold chain, Shower-to-Shower bath powder (“the only kind that really looks like coke,” according to Tommy), and a fake nail (“even though we could probably score one from a theater major,” he said). After Tommy purchased all this stuff, and a box of Franzia, we dropped him off at his place.

“Call me later and we’ll drink wine,” he said. 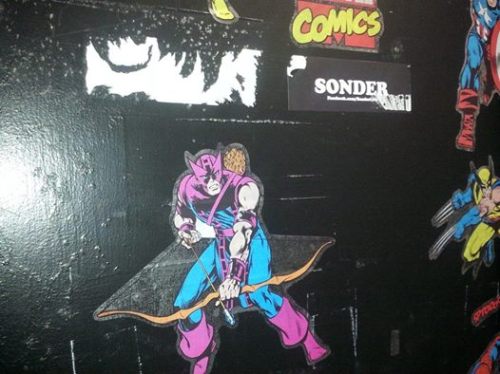 Tommy and I started hanging out after that – walking around campus, smoking cigarettes, that kind of thing. One night he invited me to his house – off-campus.

“Sorry, we don’t have heat,” he said, opening the door and wearing a coat.

We went up to the drafty second floor. Someone with a tie-dye tapestry over their door was blaring Grateful Dead. Tommy took me into his room and closed the door. There were stacks of books everywhere, photos tacked to the walls, an electric keyboard, bong, pack of Ecstasy herbal cigs, Velvet Underground & Nico poster, and a carpet that seemed to double as an ashtray.

We sat on the floor. Tommy rolled a joint, took out his iPod, and put the Brian Jonestown Massacre on. We smoked, and I got super high and paranoid because I was innocent and had no tolerance for weed back then. Tommy’s face kept getting closer to mine, somehow. He was about to kiss me when suddenly a dreadlocked girl barged into the room.

“Do either of you have a cigarette?” she yelled.

I looked at Tommy. He looked at me and said, “She’s trying to quit.”

“Um..uh, here,” I extended a Marb Light her way, my hand shaking. She retreated into the hall, shutting the door.

This blog never gives an explicit play-by-play because it’s better to leave things to the imagination, in my opinion. It’s classier. But when I left Tommy’s house that night I wasn’t as innocent as when I entered.

“Tara,” I said, turning the light on and waking her up. “It happened.”

The next morning, we were celebrating over DIY omelettes in the dining hall when I felt nauseous.

“BLEEEEGHHHHHH,” I puked for a good five minutes in the bathroom then came out, pale and sweating. “Tara…I’m so sick.”

I was in bed for the next 36 hours, perspiring, worried I was pregnant, watching The Virgin Suicides.

Sure enough, it was the flu. The only “clean” glass I could find at Tommy’s was totally cloudy and under the bathroom sink, but I was desperate.

The following semester, Tommy left to study abroad in the UK. I thought I’d never see him again. But junior year, Tara and I took the school van down to Pittsburgh, where Tommy was in law school…

READER SURVEY: WHAT SONG WAS PLAYING WHILE YOU LOST YOUR VIRGINITY? FACTORYGIRL1987@GMAIL.COM