Waking up on Wednesday 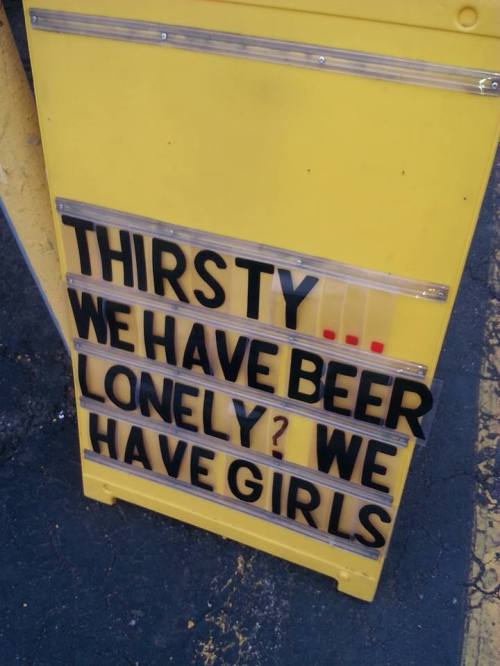 It’s a schitzo kind of morning in a hotel room on the outskirts of town. Despite how thick the blinds are, the sun manages to shoot across the unmade bed. Beside me lies a snoozing male companion. Um, what’s his name? No, seriously…what was his name?

I jump out of bed and tiptoe across the carpet, following an adult-Hansel and Gretel trail of various items: a leather slip-on loafer in mens size nine; crushed pack of Kools; plumping lip gloss in the shade “Inflamed Desire”; a clear green lighter; hotel-sized Neutrogena lotion, squeezed; a pink, lace thong by Jessica Simpson brand; one 50 ml bottle of Acqua di Gio; and a Trojan, still wrapped.  I open the door to the bathroom, examine my face in the mirror then splash water on it, leaning over the sink.

What’s-His-Name walks in the bathroom. He’s 5’ 9’’ and has a Matt Damon in Rounders vibe, or maybe it’s Christian Slater in Heathers. Either way, he’s got chest hair and clear blue eyes, and something tells me he’s not totally innocent. Something about What’s-His-Name and I sparked last night. It wasn’t just those Kools we smoked in front of the hotel at 5 a.m. If only I could remember…

When What’s-His-Name gets out of the shower, I’m face down on the couch.

“I’m a mess,” he says, buttoning a wrinkled dress shirt.

“So?” I sob, gasping for air. “What’s the point? I can’t believe I slept with a total stranger.” I blow my nose dramatically in a paper towel, and take a good look at What’s-His-Name. He’s cute.

We check out of the hotel and call a taxi. What’s-His-Name’s company paid for the room. He’s the boss and sells mortgages, from what I recall. But right now, we need to get back to our cars, back to his Cadillac and my Pontiac, abandoned last night outside the Batavia casino.

“You already have it,” he says. 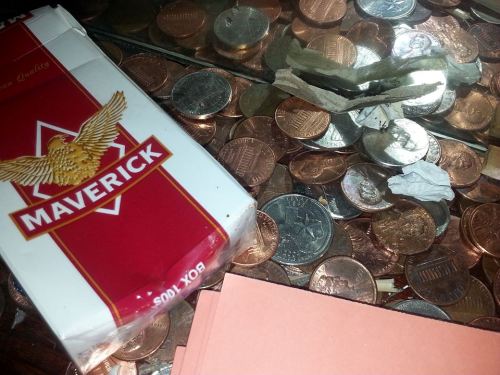 The cab grinds to a stop in front of the downtown bus station. Three skinny smokers are congealed in the threshold. Our driver is an old Italian guy in a leather newsboy cap. “$16.85,” he says.

“Thanks,” says Lawrence, handing him a twenty.

I push through a revolving glass door into the white noise of the bus station. Lawrence follows me, overflowing gym bag on his arm. A big group of Amish people are waiting at one of the gates. I scurry into the stainless steel bathroom to douse myself with Strawberries & Champagne body spray and pop a couple Excedrins.

“Gold chains, gold chains,” says a hyper black man outside the bathroom door in a camo print bucket hat with chains draped elegantly over his forearm.

I walk past him, towards Lawrence, who’s easy to spot since we’re the only non-Amish patrons in the bus station. We walk side-by-side up to the Greyhound counter with our sunglasses on.

“Two tickets to Batavia,” Lawrence says. He removes his Polo shades, squinting in the fluorescent light.  The woman at the counter is wearing dangly earrings with big gold triangles on them.

Lawrence pays for the tickets. We walk outside into the hot sun. It’s only 11:45.

“I guess we have some time to waste,” I say.

We sit on a bench on North Division. I drape my legs across Lawrence’s lap. He lights a cigarette.

“Change, change,” chants a woman with a shopping cart who looks like Whitney Houston.

“Let’s get out of here,” I say, giving Lawrence a seductive glance.

We walk down Ellicott Street towards a daytime watering hole. I hear Seabar is open this time of day. When we get there, we sit at the bar. Businessmen on lunch breaks eye my attire: black shorts, huge Rage Against the Machine tee, snakeskin strappy heels. Lawrence seems to be in the same boat: wrinkled dress shirt, leather slip-on loafers, and sunglasses totally askew. I have a dirty thong and half-smoked joint in my overpacked tote, and Lawrence reeks of Tanguaray. This is what an extended walk of shame looks like. This is what it looks like to be approaching age 30. Or in Lawrence’s case, age 35, from what I recall.

“So, Lawrence,” I take a dainty sip of Bloody Mary. ”You live in Batavia?”

“Yes,” he says, drawing a straight line in the condensation of his Corona. “That’s where I’m  from.”

“You don’t look like any country boy I’ve ever met.”

He grabs my hand under the bar, and gives it a squeeze. The businessmen are watching us, since we’re obviously more interesting than the news on TV.

“To the couple at the end of the bar,” slurs a drunken white collar-type, raising his tumbler of scotch in the air. His tie is loosened, and it’s just past noon.

“Thanks, guy,” says Lawrence, with a twinkle in his eye.

“A shot!” says the white collar-type. “Let me buy you two a shot. What are we having?”

The unfazed bartender pours three Patrons, with limes on the side.

Before I know it, my cell phone says it’s 1:45 and we need to go back to the bus station.

“Ciao,” I say to the white collar-type, taking Lawrence’s hand as we make our tipsy exit from Seabar, which I’m sure won’t be our last.

Outside, the sun is hot, hotter than before. Lawrence lights two Kools. We reach the bus station, dripping with sweat. The bus to Batavia is boarding. The Amish are nowhere to be found. We sit in the back of the bus. Lawrence gives me the window seat. We lean against each other, and take a nap.