Ever have a crush on someone from afar? Someone you only know a little bit, but they seem like your “type”? Well, I did.

It’s 10 pm and I’m driving to Murray’s house. Porch lights flick on as I drive down his street. I pull to the curb. It’s still open-window weather, and I overhear men talking in the driveway next to me.

I’ve been here before, once, a while back.  But where the heck is Murray’s house?

“Hey,” I say into my phone. “I’m, like, here I think.” I take a new coconut-scented tree out of my glove compartment and hang it on the mirror.

“Be right out,” Murray says. I hang up the phone.

Fuck! How did I end up on an actual date with Murray? I think, and smile. Soundgarden is on the radio. And this is, like, the perfect song!

Murray is suddenly at my passenger door. I press the unlock button. He climbs in, leans over towards me, and with booze-soaked breath, says, “Hi.”

“Sorry it took me forever,” he says. “Had to shave, you know how that goes.”

“I hope this club is fiery,” he says.

“I’m sure it will be,” I say, cruising down Fillmore towards Kaisertown/Lovejoy. “Of course it will be! Trust me on this one.”

We get to The Body Shop just in time to catch the action: a scrawny mid-age parking attendant in a yellow vest, idly smoking with a girl wearing fishnet thigh-highs and a North Face. I pull into a spot alongside them.

“This isn’t a spot,” the parking attendant says, coming closer. “This is NOT a spot.”

“Um, ok,” I say, putting my key back into the ignition. “I just figured it was, you know, in the middle of the parking lot…”

“You have to move your car.”

“Fine, fine.” I do a U-turn into an empty space in front of an abandoned freight train.

We walk into the club through a carpeted hallway. Murray is G-ed up for the evening: pomaded coif; sawed-off black tee;  jean jacket I would probably rip if I put it on and did a “Size Six in a Little Coat” routine based on Chris Farley;  pins and buttons adorn his lapel;  black jeans that bring to mind the Ginuwine song “In Those Jeans”; and some slick, gentlemanly monk straps. As for me,  I just wore my Playboy tee shirt.

“Next coming to the stage is Cinnamon,” emanates through the illuminated hallway as we enter the club. The interior has a disco vibe. There’s white shag on the floor. Strobe lights flicker around the room. Murray orders some drinks, and we sit on a saggy leather couch. We’re against the back wall, away from everybody else.

“Murray!” I slurp pinot grigio. “Last time I was here, they only played 60’s rock, I swear.” That was Murray’s main reason for coming. As you probably already know, coming here was my idea.

“Yeah, the music selection doesn’t match their brand image,” he says. Murray may have been on the club’s website all afternoon.

“This is Cinnamon’s last song, everybody, so put a dollar in her thong,” says the DJ, who’s standing behind a laptop on the other side of the room. Kid Rock starts blaring through the club, “Bong with the bong and bang ba bang ditty and the shooby and the doody and the nudie and the roodie-”

“This is the worst song EVER,” I say, clutching my head. “The DJ last time was better.”  I bust out laughing, scream with delirium, actually, and watch a girl in a Rancid hoodie and G-string walk in and out of the VIP room.

Kid Rock’s song ends. I flop backwards on the couch. A waitress arrives; we get another round. A girl with short blonde hair walks onstage. As soon as the Red Hot Chili Peppers start, she removes her mermaid-inspired outfit and starts shimmying around.

“Let’s go smoke,” Murray says. We down what’s left in our glasses and head outside. Murray lights up in front of the handicap-accessible entrance to the right. A bunch of other smokers, including customers, the parking attendant and several dancers, surround us. 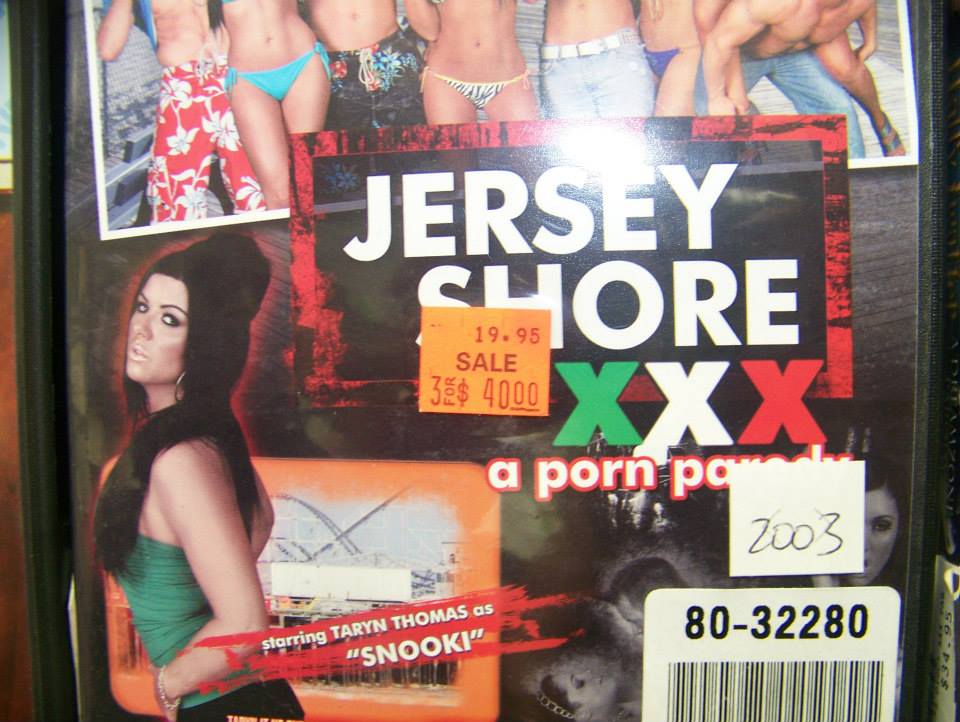 “You can’t smoke over there,” the parking attendant says from the other side of the railing.

“That is the employee-only smoking section.”

Murray and I walk off towards the abandoned freight train.

“I’m having a really good time,” Murray says. “Are you hungry? Maybe we should go.”

“Yeah, I’m starved,” I say. We zoom off into the night, as it is still young, and decide to go back to Murray’s house.

“I’ll make you a sandwich,” Murray says. I turn down the radio. He’s murmuring out the window. “Sausages…Italian sausage…Peppers…I do this thing with mayonnaise…Sausages from the deli…” Next time I look over, Murray is slumped over, bent-in half pretty much, passed out.

I’m driving down Murray’s narrow one-way street again but never figured out where he lives.

I drive around the block a couple times. Murray is still slumped over.

I turn up the radio a little bit – it’s “Come to My Window” by Melissa Etheridge – and suddenly Murray snaps awake.

“I thought you were dead.”

Murray exits my car without any difficulty. Once inside his place, Murray puts the aforementioned sausages in a pan, pours two stiff drinks, and lights a cig. We sit at the bar in the middle of his living room, surrounded by ashtrays and vinyl records. Murray swirls his tumbler, takes a hearty sip, swallows, coughs.

“I’m not boyfriend material,” he says.

Murray and his ex broke up two years ago.

“Well there’s more than one person for everybody. You’re really gonna throw in the proverbial towel?”

“I won’t ever be through. It fucked me up inside.”

Murray walks across the room and plucks a record from a crate, removes it from the sleeve, and sets it on the record player. Totally obscure sixties rock drifts around the room like a ghost.

“We bought the record together, and I said I hated her for finding this and not me.” Murray sits on the floor and stares at the wall. His dog comes out of nowhere and licks his face. He gulps his drink, inhales his cigarette.

“Gee, um…” I say. The bear trap around my heart tightens; I look left, and then right.

“That girl was my only chance for love,” Murray says. “Now I’m doomed.” He repositions the needle on the record and the song starts over. I sit in silence for a few seconds, then take one last bite of my sandwich.

“That was a really great sandwich,” I say. “But I really should be going.”

The sixties song, the ghost of the girlfriend from the past, still drifts around the room as I pick up my purse and walk towards the door. Murray walks with me outside to my car. At this point, his pomaded coif is totally fucked up.  Another cig dangles from his mouth.

“I had a nice time tonight,” he says.

During the drive home, I realize Murray’s behavior, which many might consider unbecoming, proved one thing. He’s definitely my type. 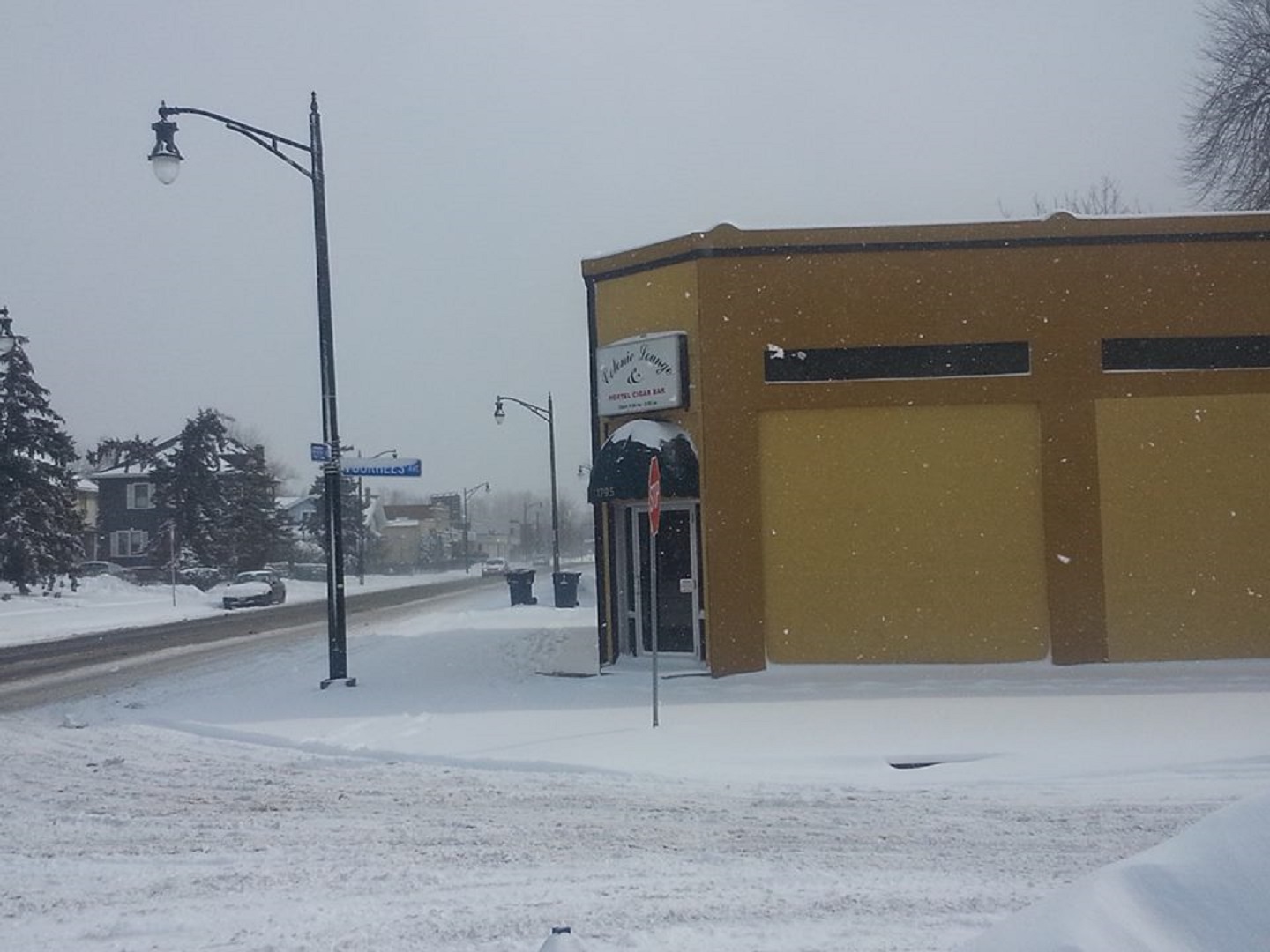 One response to “Doomed Chemistry”